Created in July 2016, the People's Army of Occitania is the national armed forces of Occitania.  The security and the defense is in his charge. It carried out two civil security operations. 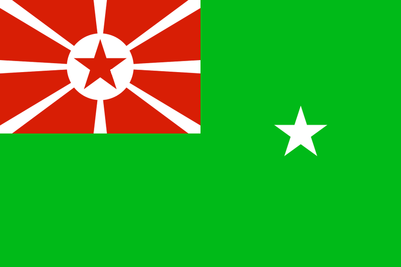 The INSO (French: Indice National de Sécurité de l'Occitanie; English: National Security Index in Occitania), is the Occitania's national security alert system. It was created on 15 October 2016. The system defined four levels of threats represented by five colors: white, yellow, orange, red and scarlet. In addition to these colors, it is a fifth degree, which comprises three types of alerts: State of Emergency, State of Siege and State of War. The are enshrined in the constitution. The INSO is controlled by the People's Army of Occitania.
​ 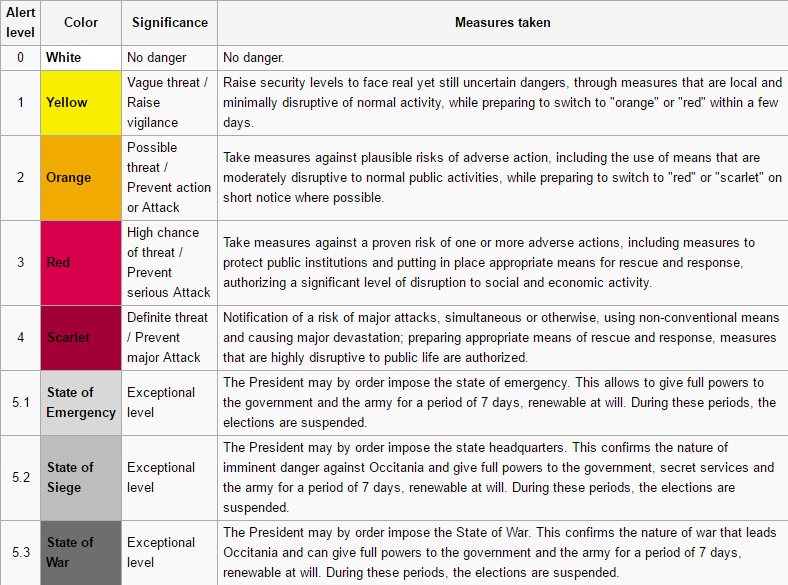 The Tseva Adom (Hebrew: צבע אדום‎‎, transl.: Tzeva Adom, Red alert) is the national siren system of Occitania inspired by the israelian red colour. The sirens are triggered in case of an emergency (weather, voluntary accident or industrial accident) and in the case of commemorations. The governor of each federal subject, the president, the People's Army of Occitania and the Civil Guard can trigger sirens.

Actually, they were used only one time in Babougrad, Lyudi and All-Saints because of a hail falls.